County Government fail to pay the casuals whose contract were terminated

Wusi Kishamba Member of County Assembly (MCA), Hon. Duncan Wangama, has today sought  a statement from the Chairperson of Administration, Security, Devolution, Public Participation, Community Services and Drug Control Committee on compensation of casuals whose services were terminated  by the last regime.

In the statement, Hon. Wangama said that 700 long serving on casual basis, drawn from different departments of the County Government of Taita Taveta had their services terminated and were not paid their dues for the number of months they had worked, causing the labourers to languish in poverty.

“Mr. Speaker, Sir, it is a shame for the County Government to fail to pay the casuals, yet Section 35(5) of the Employment Act (CAP 22), 2017, stipulates that an employer whose contract has been terminated under the sub section 35(1) (c), shall be entitled to service pay for every year worked, hence a basis of warrant for the casuals to be paid,” said Hon. Mwangama.

However, the legislator added that the current government had released Ksh. 23M to pay the said casuals but some have complained of missing out from the payout because they were reinstated to the server several months after the termination of their contracts.

He said the County government should not disadvantage any worker but should consider paying all the casuals, regardless of their current positions, since they had already rendered services before being fired and subsequently reinstated.

The legislator asked the Committee to furnish the House with the following information:

1. A list of all casual workers whose services were terminated indicating their first date of appointment and the period which they were in service.

3. A list of all casuals who were not compensated and why.

County Assembly Speaker, Hon. Wisdom Kazungu Mwamburi, ordered the Chairperson of the relevant Committees to come up with a full report on the same within seven days.

Port of Mombasa performance outlook for 2022 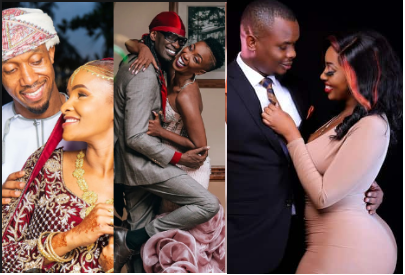 For most celebrity couples, there’s more than love to flaunt in their marriage/dating....

Deal Between Joho Family And SGR Was Entered On Forged...

A new special audit report by the Auditor General has shown that a logistics company...

Kenya’s low-carbon luxury has been ranked the best safari to try in 2023 in the...

US links Kenyan ports to Chinese military base plan